Do you remember Fabrizio Caligiuri? With Cylynder Warp and She be Free, this guy showed us that he’s among the most inspiring and creative indie developers.

Now, he has officially released the demo version of his upcoming game, Zeta Wave Infinity, featuring new characters but still the well-known signature style of his games. 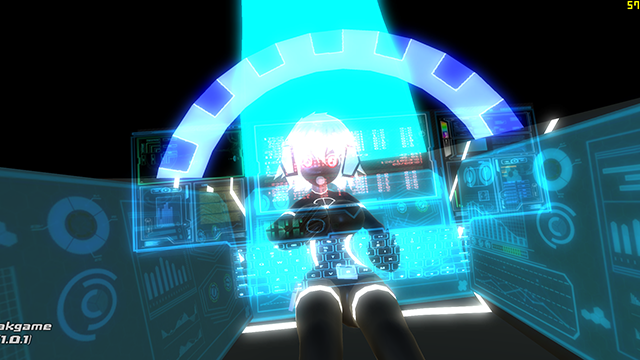 If you see Putin-faced people within a painting, it’s van Eyck. If you know one Mötörhead song, you know ’em all. And if you see anime girls in a futuristic space ship setting on a straight-forward trance beat, it’s Mazzutak Game.

I like these unique and predefined characteristics as they clearly show the signature of Fabrizio’s releases. And Zeta Wave Infinity is maybe the best so far, as it’s full of tempo, great fantastic special effects and phenomenal music that constantly pushed you forward.

Plus, the idea of autonomously steering through an intergalactic, horizontal mouse wheel is really a fresh and never-seen approach within this genre.

Gaming on the edge

The con side of having too many things going on is the lack of understanding what’s exactly going on right now. Sometimes, less is more for reasons of clarity and comprehensibility. I personally don’t think that Zeta Wave Infinity is over the top somehow, but I can imagine that some other players might think so.

However, it’s a pity that OMEGA and ZETA, the two KI girls, only appear in the menu screen or some rare cut scenes, whereas we could take control over the main character in the previous release. It’s like the game doesn’t unlock its full potential since its mascot or main character mainly stays in the background.

Since it’s a game available for Windows and Linux, I also have one thing to criticize when it comes down to the controls. Somehow, I was only able to click through the menu by using the WASD keys. While it’s perfectly fine to steer a character with these magic quadrangle, I think it’s quite unusual not to use the arrow keys (or the mouse) for a selection screen. Just a thought! 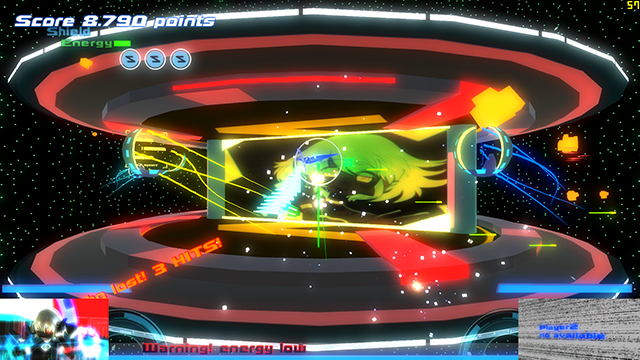 Even if you don’t like this particular style, you won’t regret downloading the game. Check it out on Indiexpo or itch.io.