To be “Lost in Space” is maybe the most popular motif in the science fiction genre. There are countless of movies, series and video games revolving around that topic, yet it never gets old or boring. Stay tuned to find out if that also applies to “Starlost – Space Shooter” by Hoodwinked Studios, a mobile game, in which Axel, the mechanic, wants to find a way back home from another dimension. 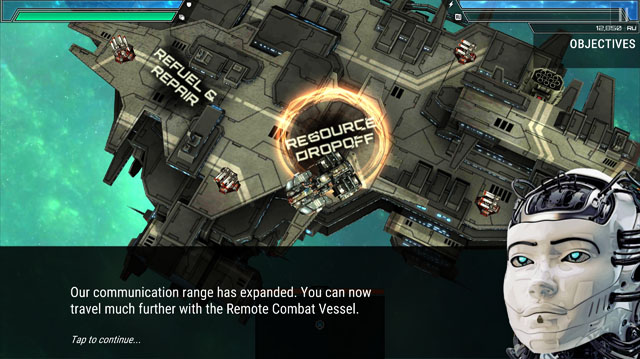 The tutorial is short, motivating and provides all needed information.

“Space Shooter” is the most misleading subtitle the developers could possibly take. Yes, you also shoot in this space game, but there’s so much more to it. I mean, Space Invaders is a Space Shooter. Like Rogue Star. Or Asterash. But “Starlost” is a lucky bag so surprisingly versatile and comprehensive, that it’s larger than the hat of Simon The Sorcerer and less “typical mobile” than Corennity. It’s an RPG, a tower-defense-game, a strategy game and a space shooter.

Plus, “Starlost” is huge. You’ve got 17 different areas to visit, over 20 technologies to invent and over 40 customization options. With so many upgrades on board, the game should be all set for being a lot of fun even in the long term.

Just in case you feel kind of overwhelmed by the scope of the game, don’t worry: With an impeccable tutorial and Ceres by your side, the ship’s A.I., you’ll never get lost… again.

To be honest, I don’t think that there’s anything Hoodwinked Studios could have done better. That’s it. I’ve said it. So let’s take a look at the Google Play Reviews to see if there’s anything that I’ve missed.

The user “Mr. Silent” says, that it’s “kinda not that cool that we players are bound to a not realy [sic!] cool lookin [sic!] ship…” Oh lord, these spoiled brats and their love for microtransactions to turn every character or vehicle into a transformer with a golden top hat… as if it’s impossible to accept logical or aesthetic limits of a scenario. Anyway, if the people long for customization options, I’ll add it to the list.

Another user, “Jan Sonnwald”, says that it would be cool to have some upgrade options for Ceres. Well, I personally didn’t miss that, but why not?

Oh, there is actually something, that I, personally, would wish for: How about adding some voice ouput to the game? I think that would add a lot of depth to the RPG elements of the game and make it an even more enjoyable ride. 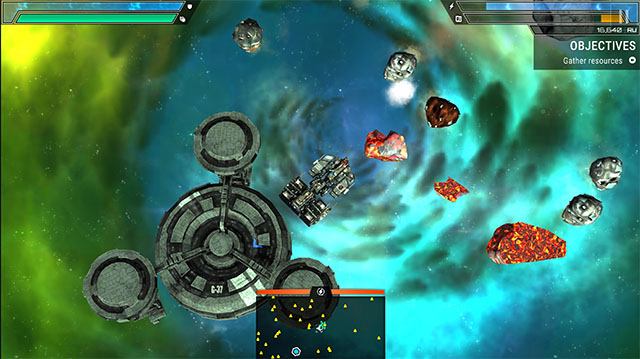 Starlost is so much more than just a space shooter. See it for yourself and download one of the best Science Fiction games, that are available on a mobile device.