Turn It On Review

If I say, that I’m going to review a game by “RUD Present” today, loyal readers will most likely stumble upon this name and say: “Ahoy, thar! We know that scallywag!” And you’re right. Claudia recently reviewed “Fox and Raccoon” and I’m all in for the next cutie pies. Let’s go! 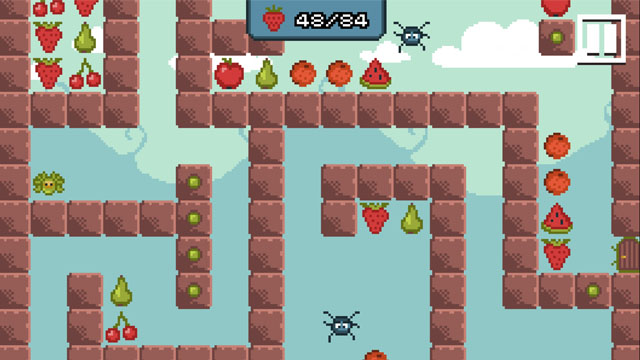 No way for arachnophobes

In this game, it’s your job to lead a couple of cute creatures back home, since they have been separated from their mom. Combined with the calm piano music, the game can be doubtlessly played in an undertone of melancholy. But there’s more to it: The colorful graphics and the sweet characters give the game a child-friendly, adorable look, leading to quite a unique mix.

Also, the controls are worth to be mentioned here: As in Slidey Feet or VVVVVV (Somehow, I manage it to mention this game in every second review. ^^), you don’t move step by step, you can only slide from one end to another. This adds a lot of tension to the game since every move has to be carefully considered. Especially in regard to the difficulty of the game…

There is almost no learning curve and every second step can lead to an immediate death (followed by an ad and the restart of the level). Cute graphics don’t mean anything to a younger audience if they are not capable of reaching the second stage. Trust me. Or ask my nephew. 😉

Another bad match is the sound and the music of the game. The plinky-piercing sounds of the collected fruits are extremely annoying and shouldn’t have the right to drown the beautiful music. Luckily, there’s nothing as easy to change for a developer as a single sound file.

Plus, I don’t know why this game is only playable in widescreen mode, although you don’t need both hands to control it. Since one-handed gaming trumped the tablet mode 3 or 4 years ago, I guess it wouldn’t be a bad choice to let the players switch to portrait mode, if they want to. 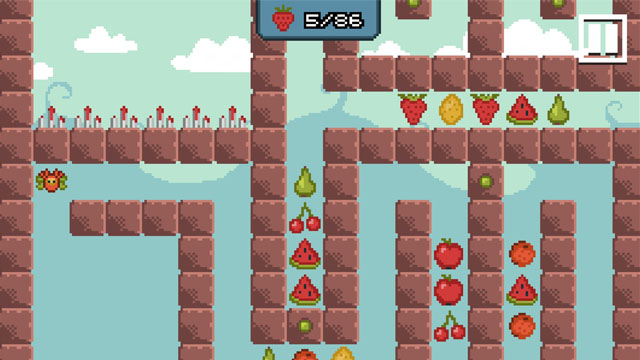 “Creatures Adventure” is a game, that convinces you with its graphics, its music, its gameplay and its cuteness. I guess these are enough reasons to download the game here.