Amethyst, Aquamarine, Citrine, Diamond, Emerald, Lapis Lazuli and Moonstone. You’ve seen them all, but they are never to boring to forego and not to look at them, aren’t they? So in this game you even get to play with those legendary crystals, and even that for free! So let us take a closer look. 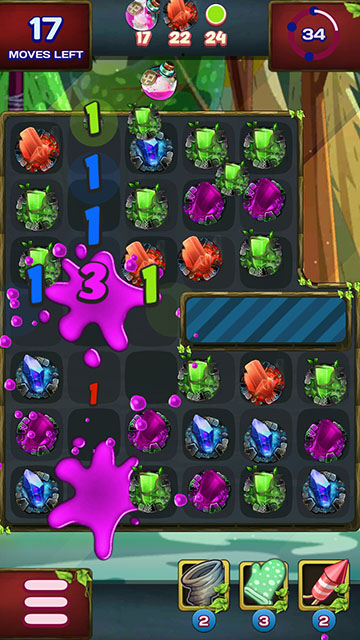 Guess they were fake, as they burst? 😉

The whole game feels very professional. The graphics, the gameplay, the animations, the background images, the music. All of it is very thought out and looks polished. The game design really is a massive plus and makes it pleasing to look at and play with.

Another strong point is the underlying music and the sounds. Both are very fitting. The music with that sweet medieval touch is definitely my cup of tea! So, the general framework is all set up and convincing. But even the gameplay is great. The usual combining of the gem stones, typical for this genre, is extended by various booster and gimmicks, that make the game more varied and fun.

While there are many strong points, some minor improvements could make this app even better. Firstly, I like to have a different possibility to bind the account. It is great to have the option to bind it to Facebook, but not everyone has an account there or wants to connect it with this social network. So an alternative registration method would be even better.

Another thing I’d like to suggest is an extension of the tutorial or an explanation window as not every icon in the game is self-explanatory. Or would you know what the oven glove is for? Of course you can always try it, but I’d rather save my boosters for later, more difficult levels.

The last point is also my biggest wish for improvement: the stability and loading time of the game. It takes a long time until the game finally starts. Until then I just see a black screen. It sometimes crashes as well. It doesn’t happen too often, but it occurred twice so far. Even a progress bar in the beginning would help to see if it is still loading. 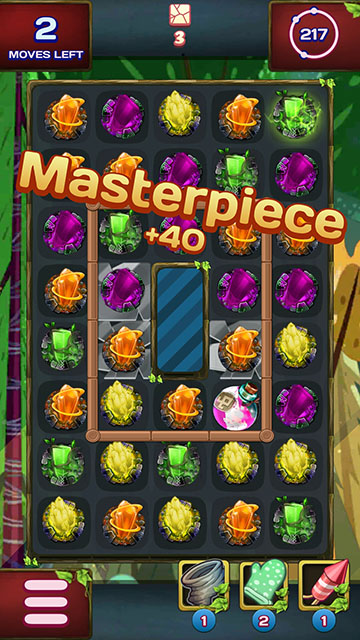 What we love about “Arcane Saga: Legends of the crystals”
What we’d like to see in the next update