The app I am going to review this time is an adequate match for this time of the year: The World Cup 2018, that is currently held in Russia. I am sure a lot of you are watching the games, at least since the quarterfinals are just around the corner! Even though I am not the biggest soccer fan in the world, I still watch it together with Fred and cheer with (and console) him. And since I am also currently the Number One at our families’ betting game (The price is a big ice cream bowl after all!), I am quite in the mood for football or soccer respectively. So this app came at the right time. Let’s try it! 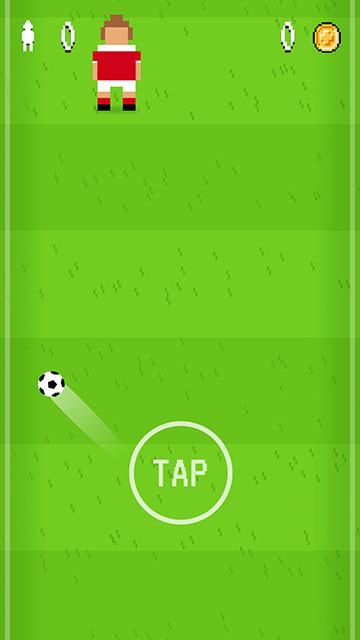 The game is easy to understand and to get into. There is a vertical scrolling screen and the goal is to keep the ball in the playing field for as long as possible through tapping on the screen. Every time you touch the display, the ball changes its direction. Each adjustment is accompanied by typical ball sounds, and the whistle of the (imaginary) referee lets you know if the game starts – and if you’ve screwed it up. The sounds are very fitting.

The design is very suitable as well. The app is called pixel soccer for a reason. From the menu to the gaming screen: all of it has a decent retro pixel look. The ball is the roundest object, even less pixelated than the coins for example, which puts a nice emphasis on the main gaming device.

Lastly, I like that you can unlock different ball designs and more importantly, new teams. The collection includes various teams, from Argentina to Uruguay.

On the downside are a few things that could be improved. Firstly, I think the game would profit from an explanation page. If you have a look at the shop it might get quite obvious what the coins are there for, but what about the cherries? I didn’t realize any benefits while collecting them. It might also be noteworthy that you are not allowed to let the ball touch the opponents’ hair. It is not like in a 3D-game in which the football would be save after passing the legs.

Another great feature could be the possibility to unlock milestones. That you have to start anew might be an appeal to some people, but some kind of  saving point like reaching a halfway-line, even if it is hard to do, could be a great motivation and accomplishment.

Lastly, music could be a nice addition. What about some 8-bit songs or some SNES-style music like the music of International Superstar Soccer Deluxe to go along with the pixel design? 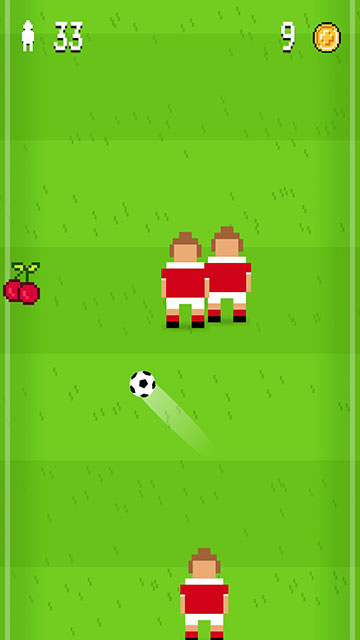 Have some healthy snack on the way!

If you can’t get enough of the Soccer World Cup or football in general, try out this game and download it here.