You could say that I have a thing for word games since I’ve played a lot of Scrabble matches in my life and Words with Friends by Zynga was one of the most-played apps on my mobile device. Lucky me, word games are so hot right now and I will check out if “Spelling Go! Spelling Bee Word Puzzle Game” by Rocket Science Games is on the light or the dark side of the genre. 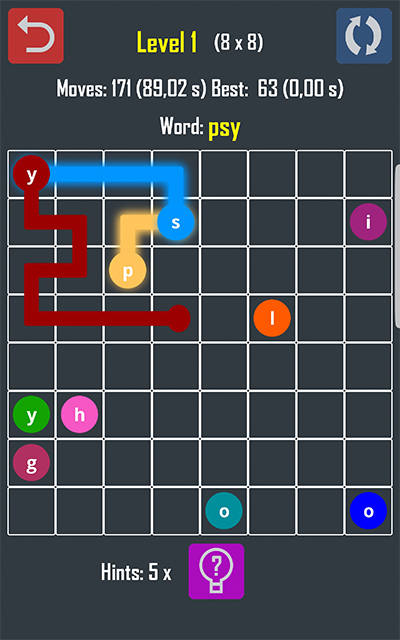 The first “challenge pack” level is definitely tough as a rock – for non-native speakers.

So many levels! So much fun! Spelling Go!

You just need to play this game for about a minute and you know why there’s an exclamation mark at the end of its name. Spelling Go! is not just a game, it’s a god-damn statement, a torch, a new reference.

Usually, word games are just about generating words with given letters, but here you also have to connect all letters in a sequence that cover all squares on the board. For me, this is a brilliant new game idea that is a lot of fun.

Plus, the game features more than 4000 (?!) unique levels, parted in sections with one of the smoothest learning curves, I’ve ever seen in a mobile game  – and loyal readers of this blog know that this is one of my fav flaws. As seen here, here, here, almost everywhere!

Although Spelling Go! does almost everything right, there are a few things, that could be improved to deliver a perfect gaming experience.

First of all, the soundscape is a bit poor. The sounds are okay, but there is absolutely no background music, whereas I’d love to get some extra motivation from it.

It’s no must-have for a game like this, but a multi-language version would be the sweetest cream of the crop for me. As a non-native speaker of the English language, I’m confident to master the first levels, but I’m afraid that I can’t solve the later stages without the help of a word unscrambler. 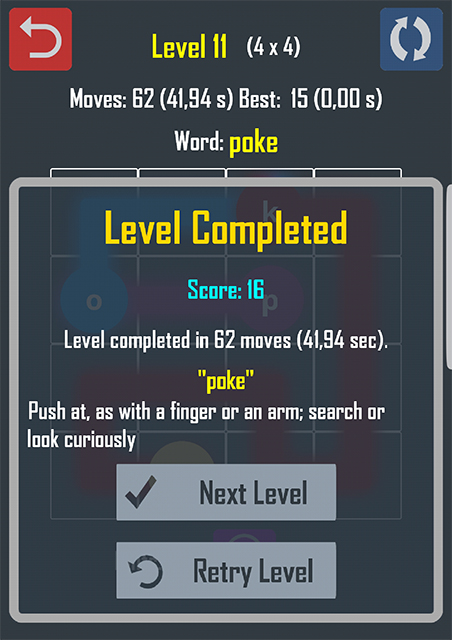 The useful information screen that appears after completing a stage.

What we love about “Spelling Go!”
What we’d like to see in the next update

Spelling Go! is a masterpiece and I recommend it to every word gamer. Download it for Android and iOS.