The concept to bring a pattern to one color is known to all of us! Just think of the Rubik’s Cube, a fun combination puzzle invented in the 70’s and made popular during the 80’s. “Just One Color” brings it into the present era and gives it a modern twist! 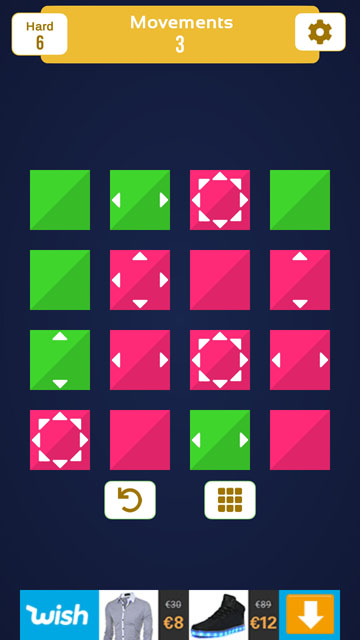 Pink or green, that is the question!

As the name of the game suggests the goal of the game is to have all the tiles in one color. To get to this point, you tap the squares to swap their colors until all squares are the same. Easy, but fun! Also, the amount of levels you get with this app is amazing. There are three levels of difficulty that have 1305 levels altogether. How awesome is that!

As Fred and I were deciding on who tests this app, we came across an actual problem (or so we thought) as Fred is colorblind and this is a game about colors. So it was clear, that I was the chosen one, but this game amazingly comes with three colorblind modes besides the ‘normal’ one. So colorblind people can enjoy this puzzle as well.

Lastly, I did like the endless achievements the player can unlock. There are currently 850 ones. Just think of the endless hours of fun you’d have with this game.

With a few blind spots

Since this is a very solid game, I only have minor suggestions to make. The biggest one is to adjust the frequency of the ads. Since there’s already an ad banner at the bottom of the screen, I don’t think it is necessary to play them as often between the levels, especially during the easy ones. The first levels only last a few seconds, so it is a bit too much to see an ad every few levels.

Secondly, I would love to have a bit more variation regarding the music. It is fitting, but gets a bit tedious. I muted it eventually. And lastly, I would like to see different shapes of the grid. It would give the design some bigger visual changes and it would be something new to try! 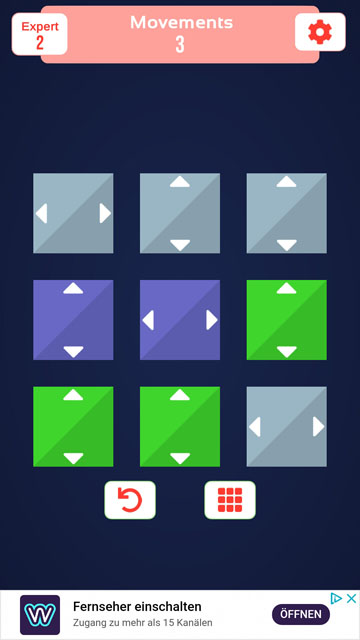 Even if you’re colorblind, you are able to play!

If you want to try out a new gaming genre or are a fan of color matching puzzle games, download this entertaining app here.