“Word Bobble” by “Addictive Word Games” will be the first Android game I’m going to review with our brand new testing device, the Samsung Galaxy S10.

Whereas I’m quite sure that this indie game won’t push the Octa-Core Processor to the limit, it could be the case that this brain-teaser will push me to my limit. Stay tuned! 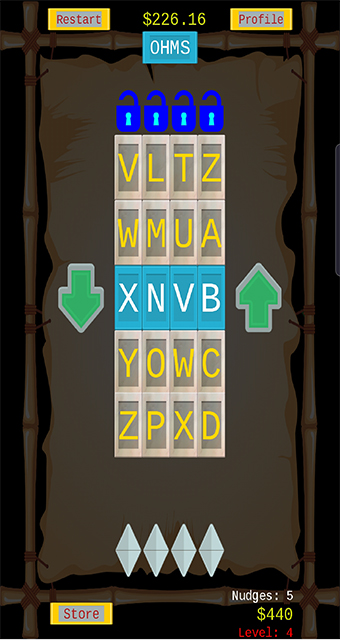 The first thing coming to my mind while playing Word Bobble is the high quality of the riddle set-up, the experimental assembly of this game. It’s your goal to match the word on top by shifting, nudging and spinning the letters, that “move in a special way” as the tutorial says. Indeed. It’s a special way that makes the game very interesting and unique, only comparable to a puzzle of the old DOS classic Indy 3.

Besides that, I like the time pressure of the cash counter on top of the screen. It feels like the money is sand trickling through my fingers, which makes the game very exicting to play.

And I even think the balance is absolutely perfect. It’s neither too hard nor too easy. Every level is a fair challenge and if you are a loyal reader of this blog, you know that I almost never praise a developer for nailing the difficulty level.

The German word “Lack” means coating and that pretty much describes what’s missing in this game. It’s lacking a sugar coating, a shiny, glossy, tasty coating, a final polish. Whereas the core of the game(play) is absolutely great, the game is lacking sounds, music and (better) graphics.

This is, however, much easier than developing a whole new game, right? That’s why I am a firm believer in future versions coating the great gameplay with an equally great icing. 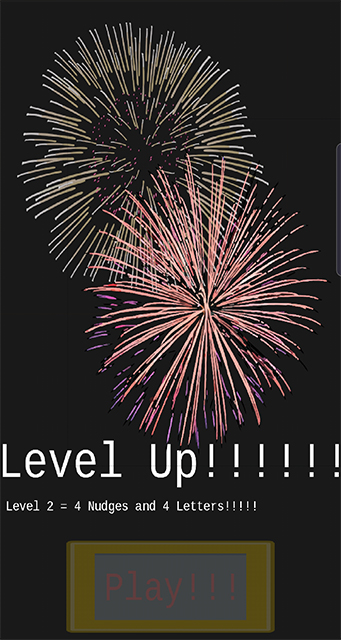 What we love about “Word Bobble!”
What we’d like to see in the next update

Never judge a cake by its frosting! Word Bobble is worth a try and will surprise you with its great riddles. Download the game here.