After Fast Drive Time and Amazing Driver, I finally get the chance to review another racing game: This time it is an open world street racing game called ‘The Street King’ by Raymond Lin. Buckle up and let’s go for a trial run! ?️? 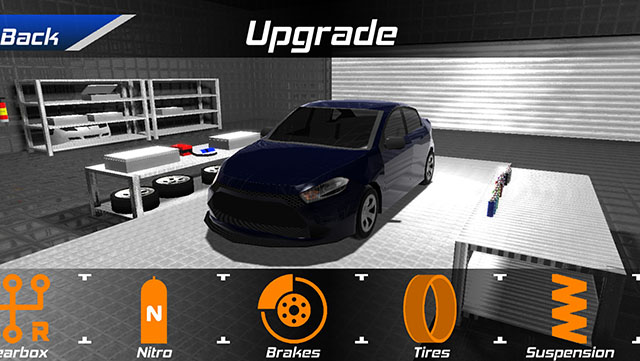 It’s a whole world of upgrading and customization!

When I learned about the key elements of the game, the first things that came to my mind were Grand Theft Auto and Need for Speed. While you can’t steal other’s cars, this app still contains all the strong points of the famous franchises: an open world, racing challenges, and tuning. I enjoyed cruising through new districts and racing along ramrod straight roads or cornering sharply. I’ve even found the end of the open world (that will probably get extended with the next update). It’s a lot of fun. But I’ve especially enjoyed the customization possibilities. It is possible to tune and upgrade almost any part of your car. Some things can be even optimized for free.

All in all, this game really thought of almost anything. There’s a tutorial, fun sounds, and mutable background music, a lot of customizations, that motivates to win races, nice mobile game graphics and neatly arranged control symbols. A bonus point: The title screen reminds you to drive responsibly in real life. Thumbs up!

As you can tell, it is a nicely done game indeed. With just some minor improvements it could be even better. The first thing that I’ve noticed right away was that it didn’t work on my phone (ASUS ZenFone Selfie). Since it is not the newest model on the market, I did not expect to be able to play it on the highest resolution. However, unfortunately, it didn’t even load until the main menu. After the title screen, there was nothing. It did work on Fred’s phone (Samsung S8) thankfully.

Secondly, the controls could be further optimized. There are three options to chose from: steering wheel, direction arrows, and tilt. The arrows are not quite sensitive enough and while using tilt, the whole world sways instead of just the car. It’s a bit strenuous.

Lastly, I would love to skip the busted scene with the police after seeing it once; it is just too long. 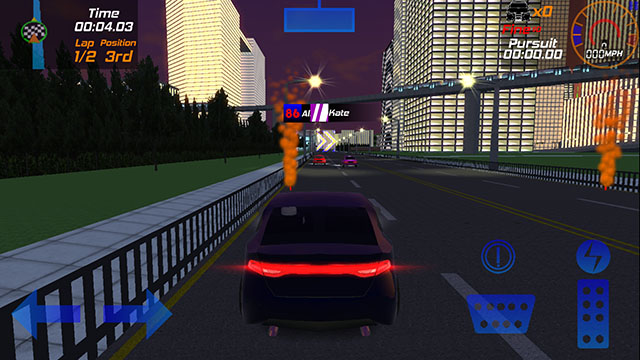 I’ll give them a head start

I am sure you can’t wait to try the app yourself, can you? Get the game here!