Are bugs your enemies? Do you like to find a way out of the labyrinth? If so, you should check out “Hook Smash” by Jade Prod, which is the perfect combination of both. Let’s get hooked! 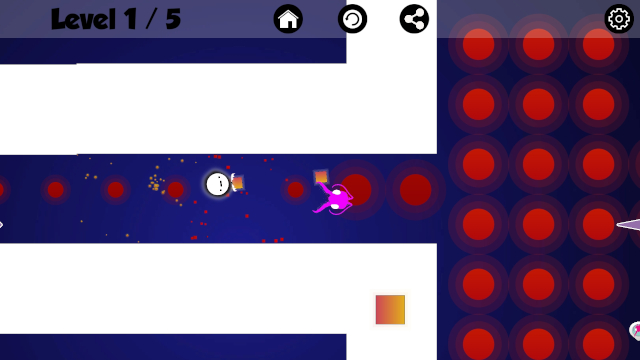 You are navigating your avatar through a labyrinth while battling bugs with your hook in “Hook Smash”. You do so by aiming from one red dot to the next one and ultimately destroying your enemy by smashing it – if your fast enough to catch it before it explodes and kills you as well. It is a fast-paced game with short levels, which is just perfect to play in breaks or whenever you have a free minute.

There are only a few ads – just for unlocking new avatars. So, there will be no interruption while you are playing. There are a lot of avatars, which you can also unlock by mastering various levels. They are so many, that there will be at least one for everyone.

I also enjoyed the background music, which is a motivating upbeat track,  but still not too much to distract you from the gameplay.

It’s nice to have many heroes to choose from, but I wish it was clearer what the goal of the game is. There are no instructions and it’s just not obvious how to avoid the bugs, if you need to fight them and how so. I think a simple introduction or a little more of the in-game-instructions would make it much easier to understand the game.

I also encountered some problems while choosing my avatar. I thought it’s enough to watch an ad for a certain character but it seems like you need to reach a higher level as well. As I mentioned above, a little explanation would be very helpful and easy to add.

I like the simple levels, which makes the game a perfect fit to play in a short break. But I can imagine how motivating it would be if there were more confusing labyrinth designs. A true hero isn’t scared of a real challenge! 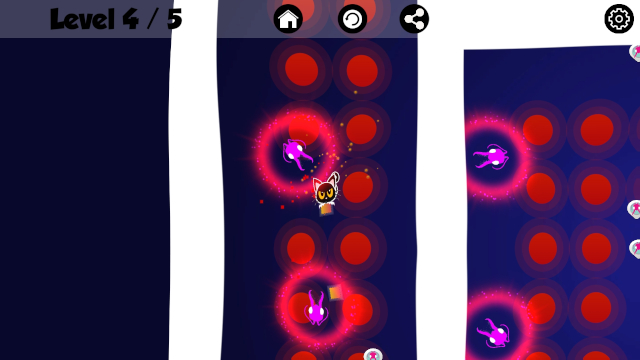 Finding a way out

“Hook Smash” is a perfect game for players, who like to choose between many avatars and enjoy destroying bugs while finding a way out of the labyrinth. If you want to challenge yourself, download the game here.