Do you guys remember Carlo D’Apostoli? He’s the man behind BallystiX, an action-injected PC game, that I’ve reviewed roughly two years ago.

Now, with Energy Hunter Boy, Carlo is back on track and I’m aboard the train. Let’s go!

Candy for the Eye

Like BallystiX, “Energy Hunter Boy” is a joyful visual fireworks show. It’s jam-packed with colors, animations and particle effects, close to being another graphical overkill. But unlike its predecessor, you don’t lose the overview as quickly and easily. That’s why I would still put the graphics on the pro side of things, especially in respect of the impressive scope of items, enemies and other stuff happening on-screen.

One way or another, this game comes along with a super sweet cherry to top: “Energy Hunter Boy” is not just another action/shooter game as expected, it features voxel terrain modeling (!) giving you the power to transform your surroundings. This is absolutely crazy and an amazing feature. 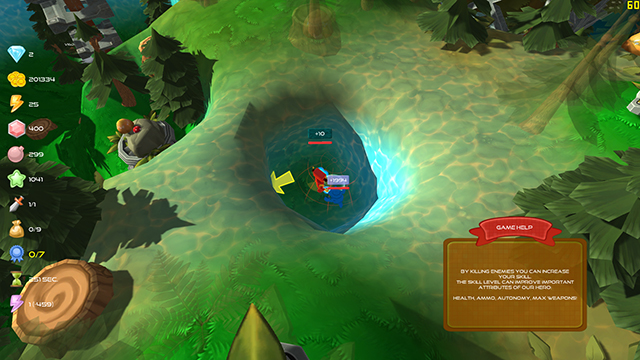 Confusion for the Brain

A few months ago, I’ve bought myself a new notebook giving me the opportunity to play a newer generation of games like Anno 1800 and Civilization 6. However, it’s not just that I was able to play these highly complex strategy games, I was able to intuitively understand what (not) to do (next) playing them.

I know just one thing: To play this game, you have to be up for a brain challenge, not for some break to relax. 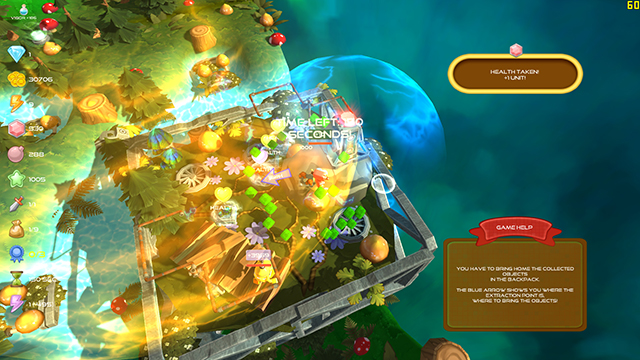 What we love about “Count Logica!”
What we’d like to see in the next update

“Energy Hunter Boy” is a game full of energy, effects and action. If you are young and fit enough to handle this, there is absolutely no reason not to download this game on Steam. Give it a shot!