As we all might have heard in several fairytales and legends, the forest can be a scary place. But now you can show how brave you are by playing “Owin’s Expedition” by “Eurus Games”, in which you are running through the forest fighting against monsters and trying to dodge obstacles. Even if your name is neither Hansel nor Gretel, scroll down to learn more about this game. 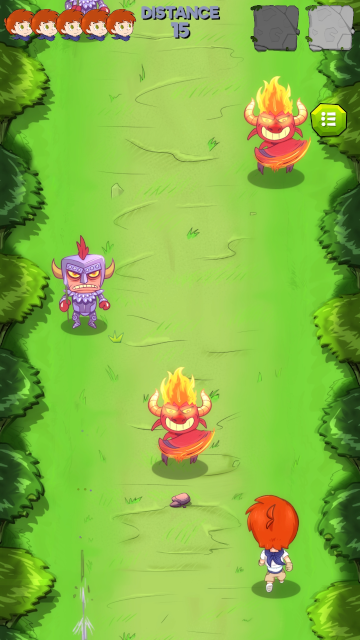 As the developer says about this game, it looks pretty easy and childish but is indeed quite difficult to master. I see what is meant by “childish” because of its comic style but I really enjoyed the graphics as an adult too. The characters look cute and there are many details. It also fits well with the chosen background music, which is a mix of upbeat and motivational beats while being a bit mystic which fits with the whole forest theme. It’s true though, that the game isn’t that easy since there are a lot of hurdles to overcome.

I like that there are in-game-instructions, which you can find easily in the menu. They are in a run-through-style, which makes it the easiest to understand in my opinion. As I said before, there are many things to do in the game, such as dodging obstacles, avoiding enemies, collecting energy and weapons, using different attacks, etc. In the end, you can even choose if you want to play the game with the classic controls, which include tapping and swiping, or with buttons. And I have to say I did prefer the alternative controls.

I didn’t only encounter monsters but also some bugs as well. For some reasons I couldn’t always use my weapon, which made me die faster. It didn’t even matter which controls I used.

…If I did make it to the area, where I could even collect the weapons. The difficulty seemed out of balance sometimes. In one run I got easily to this area without having to move but other times I couldn’t even make it to that point because it was impossible (for me) to avoid everything. This was also a result of my skills of course but it obviously varies in difficulty.

It would have been great if I could have used a revive in such cases but I didn’t because you don’t get even one single revive for free. I have to confess that I would have even watched an ad to get the chance but this option doesn’t exist (which can be great to never be confronted with an advertisement on the other hand). 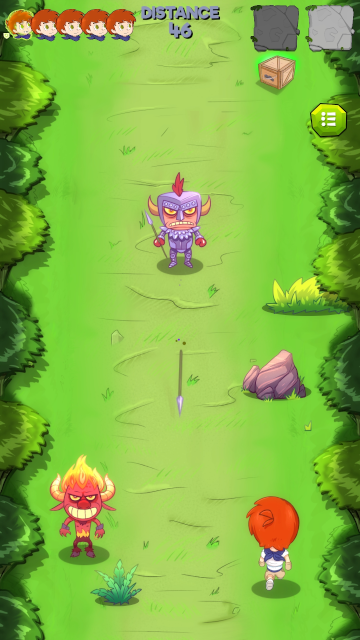 If you like detailed and cute graphics while challenging yourself, check out “Owin’s Expedition” and download it here.