No matter, if you’re more a Reddit, 9gag or Tumblr guy – everyone knows and loves the Doge! The Shiba Inu dog named Kabosu became one of the most popular memes across the Internet and now, we can even enjoy a game wrapped around the Doge; it’s called Doge Racer by Tony Cicero.

Authentic to the core

Doge Racer is nothing less than a Super Mario Kart with Doges. It’s a competive Fun Racer under the meme’s umbrella and the developer totally nailed the theme right down to the last detail.

The font (Comic Sans, what else?), the menus (“Such Multiplayer, plz no quit”), the Dogecoin tribute – simply everything in this game is doge-tastic, coherent and consistent.

Plus, I absolutely love the idea of customizing both the driver and the go-kart, which I did in the most Harajuku-colored way possible. 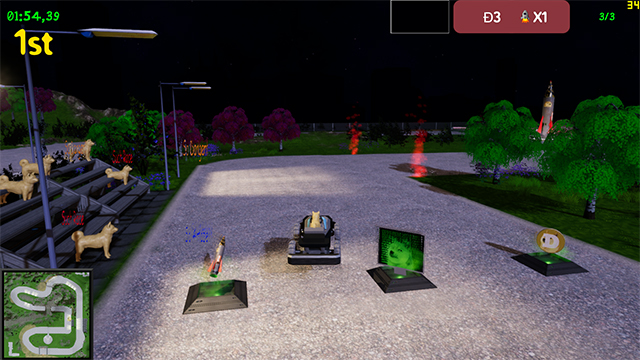 Round and round it goes.

Right now, it’s pretty hard to critizce anything in this game, as I’ve only played the Alpha build. For now, you can’t estimate the dynamics within multiplayer matches and I couldn’t even check out different tracks or the story mode.

So, speaking from the today’s perspective, I can only post a few things I would wish to see, when the game’s published: 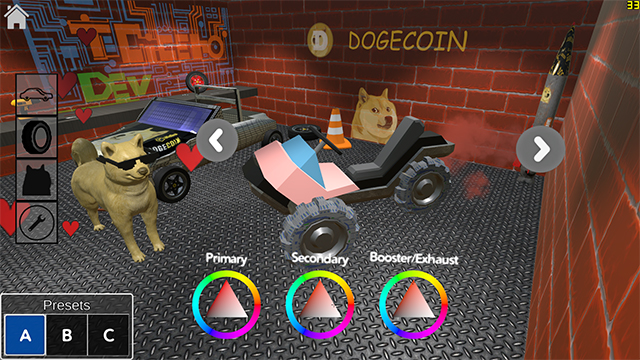 What we love about “Doge Racer!”
What we’d like to see in the next update