Is everyone on board for another review? This time, I am going to check out “Dodge the Knives!”, the very first Android app by JarGames. In this game, you have avoid the knives falling from the sky by moving a cute, little red sponge-like character from left to right.

A speed boost! Lucky me, it’s for my cute sponge, not for the knive.

Mobile Gaming as its Best

To come straight to the point, I think games like “Dodge the Knives!” are true prototypes for the genre or the platform they’re running on. For me, and the majority of all players, mobile games don’t have to be complicated or deep, they just need to be easy to pick up, easy to pick down, simple and intuitive, but with a certain spirit that challenges you to go for the highest score.

And, yes, “Dodge the Knives” has got everything it takes to be a great mobile game. The controls are absolutely on point, you intuitively know what to do and the perfectly implemented Google Play integration gives you the opportunity to challenge other players from all over the world.

However, despite the intuitive controls and the addictive hunt for highscores, there are still a few things that could be improved.

First of all, I like the idea of an ingame-shop, but the range of goods is a bit poor, don’t you think? How about differenct characters to unlock or different backgrounds to buy? That would be a great way to make money, while providing a real benefit for the users. Unlike unskippable 30 seconds ads…

Besides that, the all-embracing issue of Android fragmentation also doesn’t spare this game. Whereas I guess, that it runs perfectly fine on most Android devices (like our ZenFone Selfie) the screen is cropped on the very popular Samsung Galaxy S8. The developers should try to fix that! 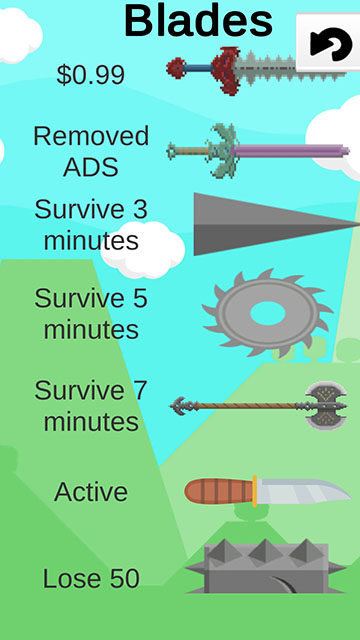 For being the very first game of the developers, “Dodge The Knives” is a fantastic debut and you should definitely give it a try.