I bet you’ve been waiting for my next review, haven’t ya? Well this waiting game is over! Let’s check out the app “Waiting Game” by byngames. Please note, that we’ve played and captured the German version, but this game is also available in English and French. Allez hopp! 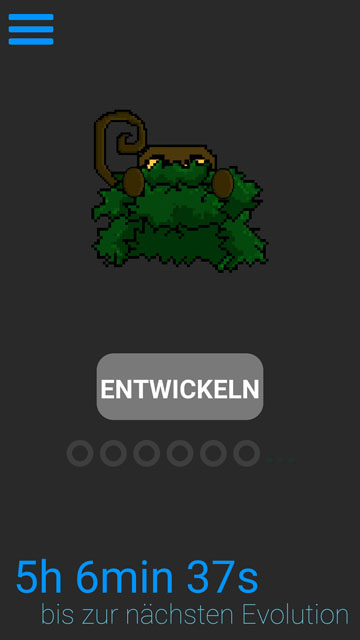 Don’t be so shy little creature.

Whether you are eager waiting till a special day comes or you are frustrated that you still have so long to endure the time passing till an event happens, this app is here to focus on something else. Like evolving your little ‘things’. When you’ve chosen which object to develop, you wait till some time passes until you can evolve it a step further. It’s nice to anticipate how it will look like in the next stage.

To give you something else to look further, there are several achievement to unlock. Some are very easy to achieve – others not so much. All are fun though!

Another great thing that comes with this app, is the positivity it radiates. You can find it in the evolve-able items, in the clapping sounds after you’ve finished a stage, in the achievements and the lovely quotes in the beginning. It makes me happy and really lightens up the waiting time.

Until you get a bit bored

While it is fun to ‘grow’ the various objects, it can get a bit boring still. Besides the timer, that tells you how much time is left until the next evolution stage, there is nothing else happening on screen. Basically no sounds, no music, no animations, no story. Therefore I think this app is predestined to work as a widget for home screens. So far there isn’t the option to place it there. But rather than opening the app and stare at the time, it would be better to have it on your start screen. This way you can keep an eye on it in passing and look forward to the next stage.

Contrary, if it’s not an option to have the app as a widget, I would love to see some additions to the current version: For example some music, a cute little story book or a mini game. A fun addition could be to add you own ‘thing’ as well. Maybe there could be a way to draw you own item or to customize it to make a blue star with pink polka dots or a green heart etc. The possibilities are endless! 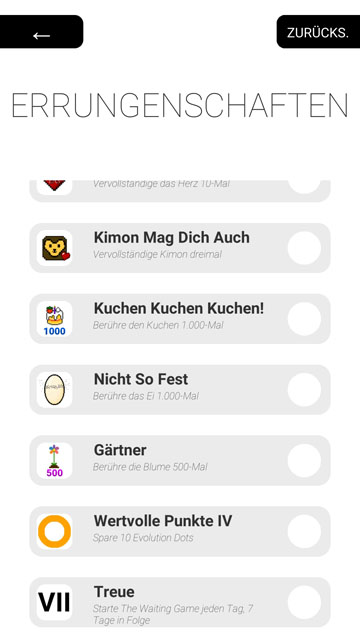 Lots of achievements to unlock (and some slight spoilers)!

If you want some nice relief from waiting or love to evolve things à la Tamagotchi or Pokémon, then try it out for Android or iOS.