As science and technology develop, the dream to live in space is becoming more realistic day by day. If you are also longing for the space experience, you should give “Planets At War” by “SpaceOver Games” a try. True, it’s not as peaceful as it could be, but it just seems realistic that there would be some trouble out there anyways. 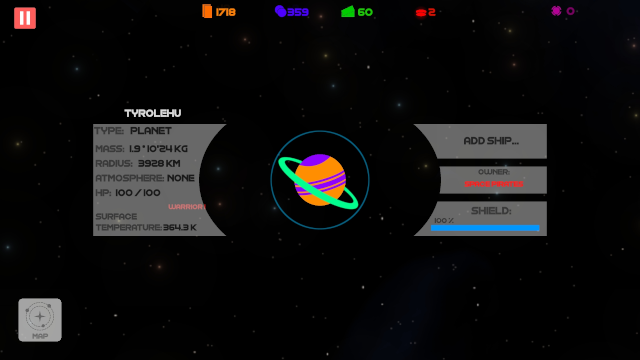 Is anybody out there?

I really like that there is a detailed tutorial on the menu, which gives you a run-through of the game and explains everything. Since there are a lot of tasks and details to the control center, it is necessary indeed. I would recommend it to any new player to go through it once.

The game also comes in a single player and battle mode. You can also choose the level of difficulty and for the battle mode, you can choose how many (computer) opponents you want to compete against too.

I enjoyed the galaxy theme and found the music very fitting, not too distractive but coherent to the galactic feeling and helping you to get into the zone.

I would like to have a better overview though. You cannot really see much at the screen with all the options and the maps are not very detailed. For someone with a bad sense of orientation, this can be a big hardship to overcome. The game has many controls, so I would be happy about everything that increases my orientation while playing and enables me to go (fly) somewhere to succeed at the game’s tasks.

I also would like to be faster. It felt a bit like nothing happens while you are waiting to fly to designated destinations. This might be more realistic than being at your chosen location as fast as in a second but it would add more drive to the game in my opinion. 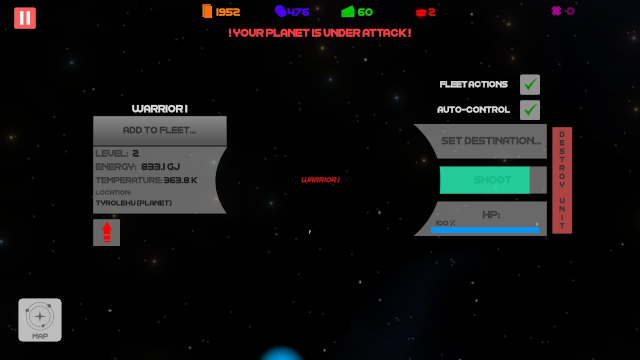 If you want to explore the galaxy defending your home and fighting against other fleets, you can download “Planets At War” for Android here.