The Lord knows I am so totally overhyped for the World Cup this year. It might have something to do with the fact, that for the first time in (my) history, I can watch my team, the Mannschaft, defend their title. Or the fact, that I’ve invested a tremendous amount of 40€ in sports betting. 😀 Or simply because a World Cup is the cherry on every summer cake. It’s an event, that structures the day, brings people together and is maybe one of the few conversation topics to talk about with anyone. Well, at least in the civilized part of the world. 😉 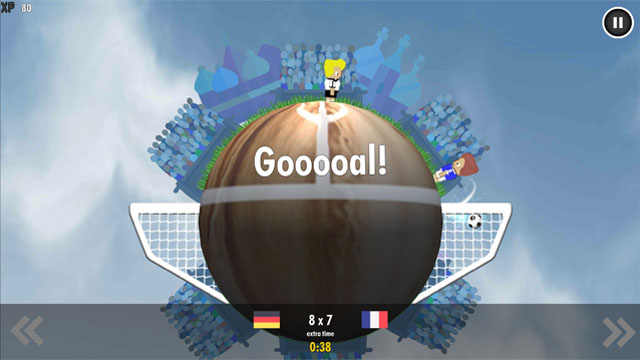 The name “Planet Soccer World Cup 2018” isn’t meant metaphorically. You don’t play football on (at least) 90 x 45 meters, you play on the whole northern hemisphere of a planet, a soccer planet. This unusual, yet creative aesthetics should remind you of “Le Petit Prince”, a novel by Antoine de Saint-Exupéry and it gives this game not only a fantastic appeal but also hilarious physics as the gravitational force of this little planet makes the football go wild.

That’s why you don’t have to take this game too serious. It’s neither FIFA nor Pro Evolution Soccer, it’s more like Tipp Kick in space, a funny little football game with a crazy gameplay that leads to lots of hilarious (own) goals.

Nevertheless, “Planet Soccer World Cup 2018” has everything it takes to be a worthy part of the pleasant anticipation for Russia. It’s perfectly designed for it (look at the onion-domed towers!), it features all the 32 teams that are part of the world cup and it’s a great way to have fun for a little while.

Unfortunately, there’s nothing much more to the game. It even lacks some of the basics, that I would definitely expect from a world cup game like a victory ceremony for the winner, a round of 16 or even group matches.

So, besides all enthusiasm, the game could need a bit of improvement to be fully prepared for the world cup. Now, it’s more like a tiny version of it… what actually makes sense somehow, if you think of it. 🙂 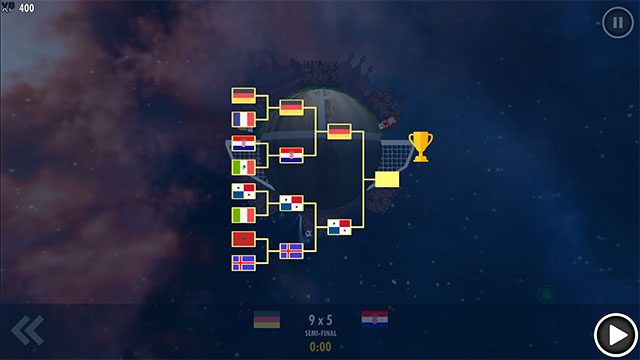 Panama in the World Cup Finals? I bet you didn’t bet on that!

“Planet Soccer World Cup 2018” isn’t a full-fledged football game – but it also doesn’t claim to be it. It’s a funny, little soccer game, that you will definitely enjoy, no matter if you already feel the world cup vibes in your body.