Sometimes destroying things can feel calming, especially if it is not causing any damage. “Football vs. World” by “Overlap Studio” is using this idea. You can shoot a football around different virtual environments created by cubes, making them fall apart. Each level has another world and you can collect points according to how much you destroy in a certain time limit. Let’s have a further look into the game! 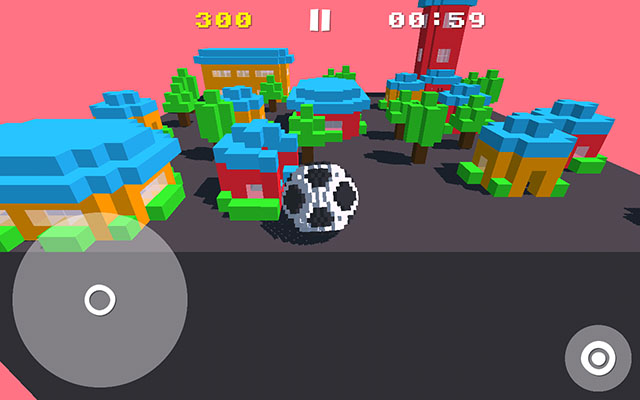 After “Scooter Flight”, which was reviewed here before, “Overlap Studio” shows another creative game composition. Following the idea that destruction can be calming, the game has a nice and relaxing background music, which seems to put the gameplay into another context than acting out of rage and anger. It makes it feel more like an aiming contest. How many cubes could you push with the football?

The controls are very easy to handle. You only need to choose a direction, in which you want the ball to move or tap to make the football jump and reach the higher parts of objects. Unfortunately, the new built-in tilting controls didn’t work for me. But I am sure that they will be available to everybody soon.

I really enjoyed the different worlds. They are very rich in diversity, e.g. you can explore a desert or a snow landscape. They all have in common that you have plenty of objects to destroy.

Take it one step further

“Overlap Studio” added some instructions to show the game’s controls. In my case, it didn’t help or explain much. Since the tilting controls didn’t work on my tablet, I couldn’t use them. Furthermore, the description was simply a picture, not explaining much. I didn’t know that you cannot fall down the edge for a long time because I just assumed it and avoided to roll close there. Maybe it would be possible to explain the goal of the game in a sentence for further clarity.

To make it more challenging, I would like to face the risk of falling down off the platforms’ edge. Maybe that would be a nice addition to later levels to spice the game up even more. 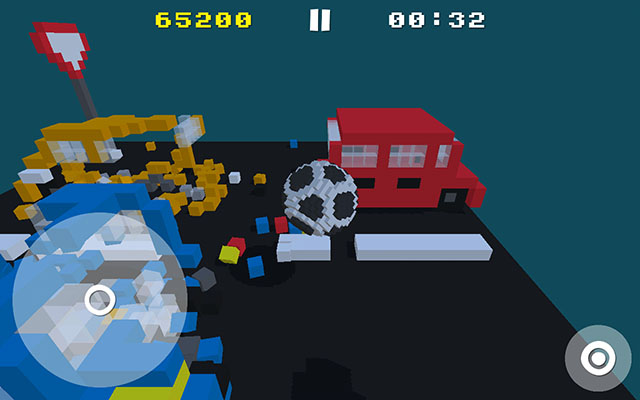 What we love about “Football vs. World”
What we’d like to see in the next update

“Football vs. World” is a calm destruction game with diverse worlds to explore. If you want to give it a shot, download it here.