If you dreamed of going to the moon, you will enjoy “Escape from Space” by “Tikhonov Ent”. It’s an adventure game, in which you have to avoid meteors and trash while collecting coins and boxes filled with oxygen. If you survive long enough, portals will appear to bring you to the next level. Keep reading to prepare for your galactic travel. 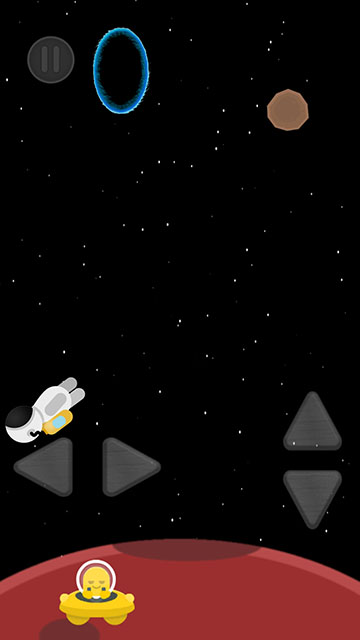 My astronaut is floating in space.

The gameplay is simple. Avoid the bad stuff, collect the good things. You navigate your character with buttons to go up and down or turn into the right or left direction. But it definitely is a challenge to avoid all the obstacles if you try to collect boxes for not running out of air or coins to be able to unlock new characters. It’s a nice combination where you don’t get frustrated by dying too often but still need to try your best.

I like the idea of exchangeable characters with special powers. It’s very motivating to collect coins for them in my opinion. Connecting each level with a portal and giving it different planets is a nice detail as well. It keeps the game interesting and fits the theme. Maybe the comets and boxes could change colors for the varying areas as well.

Getting pulled into space

While the game design kept me immersed in the world, I didn’t like the interrupting ads in the middle of the gameplay. There are additional ads you can watch to get some extra coins. I think this option would be enough for the game because unlocking the extra avatars is motivating enough to watch some short ads. I’m never a fan of ad placement during the actual gameplay. Maybe another option would be to put them at the end of each level.

There are instructions for the game, but they didn’t say you’re not allowed to touch the planets or touch the sides of your screen. I died sometimes unexpectedly because I just happened to do so since the screen is not very big in relation to all the things flying into your direction. Maybe these rules could be added to the instructions as well. 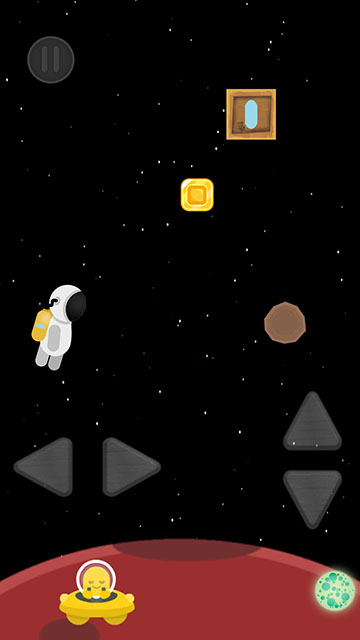 This game is an intriguing challenge to help your avatar survive in space. If you want to float around and try to “Escape from Space”, download the game here.