Today’s app “Knights and Glory – Tactical Battle Simulator” gives you the opportunity to showcase both your strategic and tactical abilities. So grab your weapon of choice and fight through! 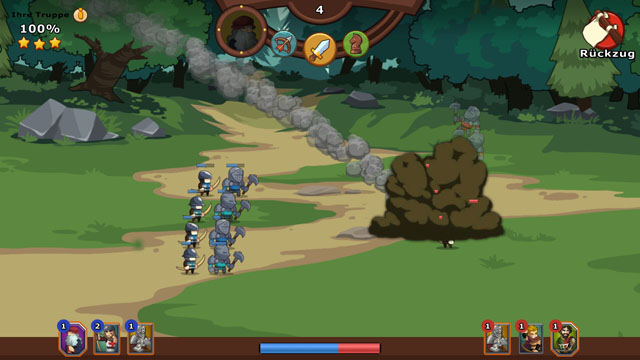 I guess you could say Leonardo da Vinci’s attack is lit.

In this game, you collect and enhance your troops in the form of various cards. The heroes that you can gather are very diverse and touch on different cultural civilizations (such as the Japanese Samurai) as well as on historical times (e.g. Leonardo Da Vinci and Nostradamus). This variety together with the well-done graphics and animations, the fitting sounds and music and the numerous language options make this game really well-rounded and give a rather “professional” feeling other than an “indie” one.

The controls are nicely done as well. They respond immediately and are intuitively understandable.

I also came to like the gameplay. At first, I would have preferred to control the troops on my own, but now I like that I don’t have to focus on clicking to operate them, but rather have the time to think about strategic moves.

With some (radiused) edges

Even though there is a tutorial that explains the main characteristics of the game when you first start playing, I wish there were more and clearer instructions. Sometimes I am a bit lost: I still don’t know how to get the event cards for example or how to remove a card request.

Furthermore, I look forward to the new content additions. So far the “Coming Soon” notice is coming a bit too often and gives the game a slightly unfinished or beta touch.

Lastly, I would like to see an improved network connection. At first, I often had a “failed connection symbol” even though I was connected to the Wifi. It seems that it has been fixed with the last update. However, I often need to start the game twice now to get it started. 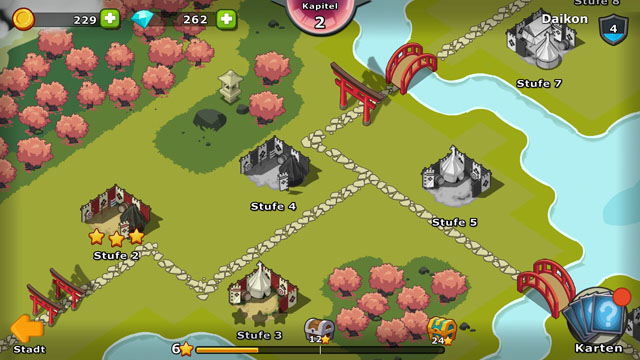 Wouldn’t you love to fight through the landscape? ?

If you got curious to try out this great game, give it a chance and download here for free.