If the title of an Android game has got the word “Flappy” in it, you don’t have to be an insider to automatically think of “Flappy Bird”, the one hit wonder by Dong Nguyen, that became some kind of gaming phenomenon back in 2013. With “Flappy Skulls” by YakDog Games, we can enjoy a revival of a simple tapping game, that is hard as a rock. With a little twist. 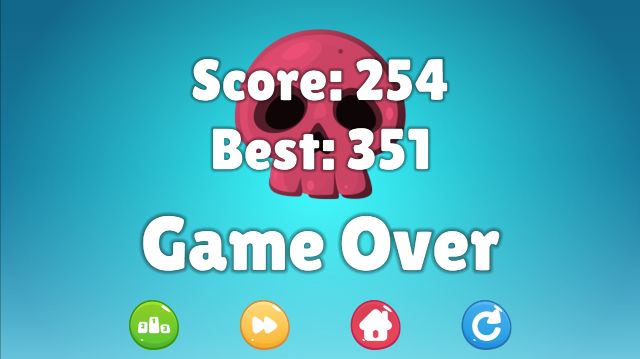 Yeah, game over. This won’t be the last time, you’ll see this screen. Trust me.

A little tweak with a huge impact

Let’s start with the things Flappy Bird and Flappy Skulls have in common. In both side-scrolling games, you steer your character through a world full of obstacles by tapping on the screen to gain height. Both Flappies are typical high score games, in which getting the maximum of points (or coins) will be the #1 motivation to play them. Flappy Skulls, however, has got a very interesting feature, that makes the game even more difficult, but also more interesting: You’ve got a jump counter!

With a maximum of five jumps, you’re forced to hit the ground once in a while to refill your stack, which makes it impossible to “fly” through the levels in order to avoid the dangerous obstacles, that are waiting to kill you. This twist is an absolute killer – in every way. The implementation of this feature is a lethal villainy, but also a genius move to make the game stand out from the crowd.

But even without it, Flappy Skulls would be a nice and neat game with impeccable graphics and flawless controls.

The longer you resist death, the more coins you’ll get. Yay, coins! Finally, I can use something to customized my skull, buy cool upgrades or boosters, right? Nope, sorry. The coins are pretty useless, as they only represent your score, like ordinary points. Lame. And definitely something the developers should change in the future.

Also, I know, that the game is designed to be hard (or even harder than Flappy Bird), but you always have to keep in mind, that you slam the door in almost everybody’s face, if the game is just beastly hard without any learning curve or at least an easy mode for beginners. Flappy Skulls is not only unsuitable for the masses, it will even frustrate or irritate hardcore gamers.

One last tip for the developers: The death sound is funny, but a little bit annoying. Since the players will die quite often, it might be a good choice to change it, so that they don’t want to turn off the sound because of it. 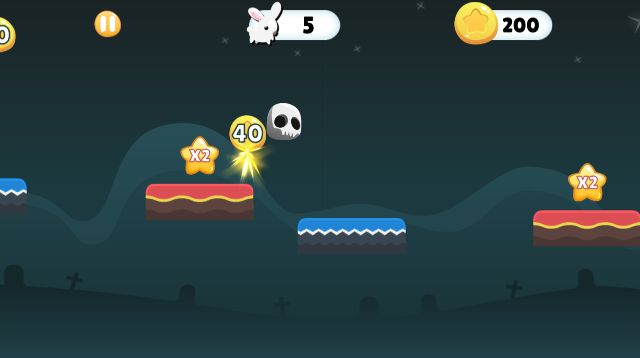 It’s no wonder, that we’re playing a skull in this deadly difficult game…

Flappy Skulls is an incredibly fast and hard mobile game, that is suitable for hardcore players with nerves of steel. Download the game here.